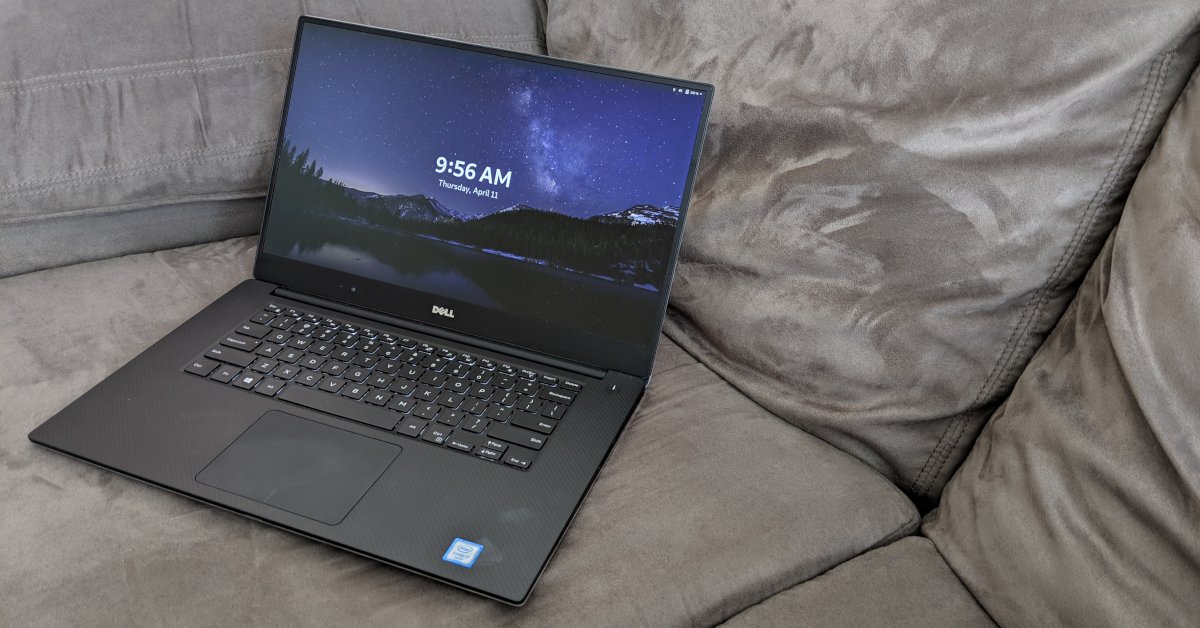 Recently, I bought a new computer. My goal was to find the ultimate developer laptop! Well, maybe that’s a bit of an exaggeration… I actually set a fairly reasonable budget for myself. So maybe the ultimate affordable developer laptop™ is more accurate. In any case, I put a lot of thought and research into what my ideal machine would be like, so hopefully my research and experience can help you find the computer of your dreams too!

When I started looking for the computer I wanted to buy, I began with some simple requirements. RAM, CPU, and hard disk. RAM tends to be a pretty good indicator of overall system performance when you’re buying a laptop. (Nobody builds a system with a modern i7 and 4GB of RAM, and nobody builds a system with an old i3 and 32GB of RAM). I wanted something with 32GB of RAM if I could keep it within budget, but I was willing to compromise to 16GB if necessary to get other features I wanted within my price range. CPUs are a little harder to compare since clock speed measurements are somewhat meaningless these days, so I wasn’t looking for a specific clock speed. Hard disks, on the other hand, are easy to compare since you’re really only comparing disk space. So the basic performance specs I used to start my search were:

Those basic performance specs narrowed my search a lot, but there were still a ton of laptops to pick from. I needed to narrow my search a little more. I’ve always had a love for “mobile workstations” like Lenovo’s ThinkPad and Dell’s Latitude, and I really do think these types of computers probably make the best developer laptops. They’re built for daily use - and the build quality feels a little better than the average consumer-grade laptop. It’s also worth noting that they’re generally made to be easy to repair or upgrade. When I upgraded to an SSD in one of my old Dell Precision laptops, the hard drive was ridiculously easy to install! Finally, (and for me this is an important factor,) there are tons of used (and refurbished) models available that are only a couple years old, and they’re usually much more affordable than “retail” price. Businesses buy a lot of state-of-the-art workstations from Dell and Lenovo, and they end up as used or refurbished models a few years later when the business upgrades their fleet again.

There were also some other features I wanted to consider. I like having the screen real-estate of 1080p resolution, even on my laptop display (although for some people this might be less important). And 1080p resolution on a 14-inch screen is just a little too small for my eyes, so it was important to me that the laptop was 15 inches. I didn’t want anything bigger either, since it would be heavier and more difficult to carry around.

Another factor I considered was docking. My old laptop didn’t have a dock, and as a result it was a pain to bring it anywhere - I’d have to disconnect 6 or 7 cords for my keyboard, mouse, monitors, power, and internet. Some laptops (like ThinkPads) have had proprietary docking ports on the bottom for a while, but docking has gotten even better recently with technology like a USB 3 or Thunderbolt 3 port. Being able to use a single cable to connect monitors, keyboard, mouse, speakers, internet, and other peripherals is a huge plus for me, and something I wanted to look for in a new laptop if it was within my price range.

For me, a laptop wouldn’t be a developer laptop if it didn’t run Linux. (More to come on my OS setup in a later blog post.) Since I’m a web developer, most of the servers I work with are running Linux, and it’s really helpful that my laptop can run the same type of software. Also, with the popularity of Docker and containers, it’s helpful to develop on a platform where those technologies can run natively. Not to mention, most open source tools run well on Linux.

Fortunately, Linux runs well on most of the “mobile workstation” laptops I’d consider buying. In particular, Linux runs well on Dell Latitude, XPS, and Precision laptops and Lenovo ThinkPads. Dell does a great job of ensuring some of their laptops are Linux-compatible with Project Sputnik, and Lenovo also certifies many of their laptops as Linux compatible.

With all these details in mind, here’s what I looked for when I was shopping for a new computer:

Using all of these requirements in my search, I decided to buy a Dell Precision 5510. Although I thought I wanted a Latitude E5550 or E5570, the off-center keyboard (because of the number pad) pushed me to the Presicion 5510 instead. I bought a Dell TB16 Thunderbolt dock to go with my new laptop, and the combo is great! The dock works well with external monitors, ethernet, keyboard, and mouse under Linux - plus it supplies power for the laptop. I’ve been running Ubuntu on the Precision 5510 and TB16 dock for months now and haven’t run into any problems!

It was fun for me to do some research and buy a new personal computer for myself, and I hope some of my ideas and research help you next time you’re looking for an upgrade!