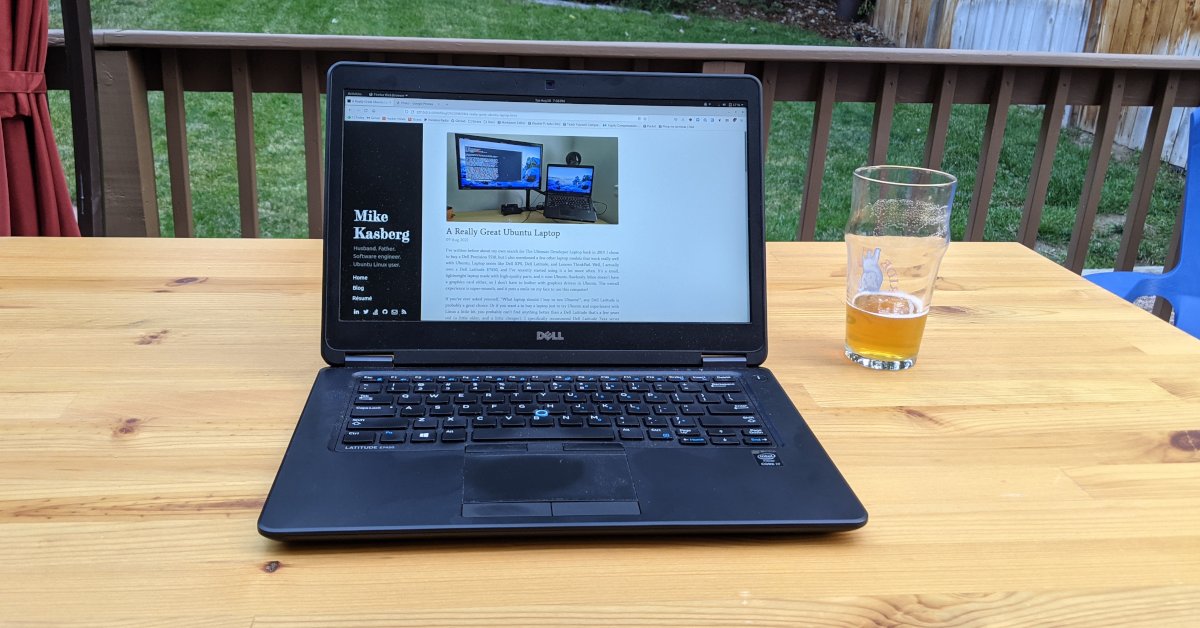 Dell Latitudes are Great Laptops (and they run Ubuntu well)

I’ve written before about my own search for The Ultimate Developer Laptop back in 2019. I chose to buy a Dell Precision 5510, but I also mentioned a few other laptop models that work really well with Ubuntu. Laptop series like Dell XPS, Dell Latitude, and Lenovo ThinkPad. Well, I actually own a Dell Latitude E7450, and I’ve recently started using it a lot more often. It’s a small, lightweight laptop made with high-quality parts, and it runs Ubuntu flawlessly. Mine doesn’t have a discrete graphics card either, so I don’t have to bother with graphics drivers in Ubuntu. The overall experience is super-smooth, and it puts a smile on my face to use this computer!

If you want a brand-new Dell Latitude, you can order a new one directly from Dell or from your favorite computer store. However, there’s also a great used market for these laptops. Because they’re business-grade laptops, many businesses upgrade their whole fleet at once (or on a rolling rotation) so there’s a lot of 2-4 year old laptops on the used/refurbished market at great prices!

How to Install Ubuntu

Installing Ubuntu on a Latitude laptop is easy. You’ll want to use a USB stick since your laptop probably doesn’t have a DVD drive. First, create a USB stick from Windows, macOS, or Linux. Then, boot from the USB stick and install Ubuntu.

I think I’ve become a little bit of a Dell fanboy in the past several years… But if I have, it’s only because I always seem to have consistently great experiences with Dell laptops and Ubuntu. Using Ubuntu on these machines makes me happy. 😊 This blog post wasn’t sponsored by anyone, and I didn’t receive any form of compensation for writing it – I just like writing about Ubuntu and technology.